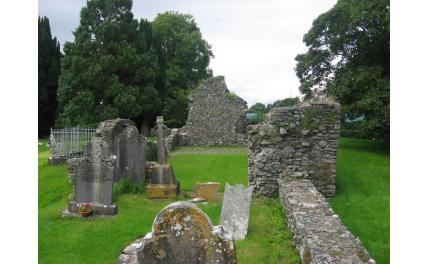 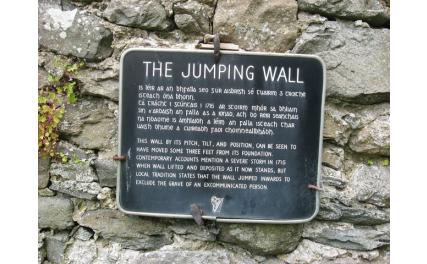 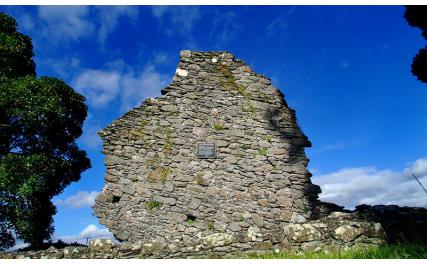 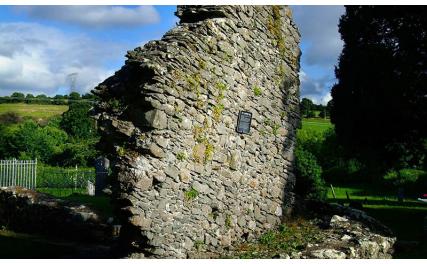 It is believed Diomoc, a disciple of St. Patrick and St. Benen, founded this church.  By c.1270 it was in the ownership of the Knights Templars of Kilsaran.  They dedicated the church to St. Catherine.  The Knights Templars held it until the suppression of their order in 1314.  It then passed to the Knights Hospitallers until they were suppressed by Henry VIII in 1540.

Found just 4km south of Ardee, County Louth, the Kildemock Jumping Church ruin is a popular attraction and is more famously known as the 'Jumping Church'.

The west gable wall of the church has jumped inward to a few feet from its foundations.  This is believed to have happened in February 1715 during a storm. However, according to legend, the west gable of the building jumped two feet inside the wall of the original foundation to exclude an excommunicated church member who had been buried in the church.  The ruin dates back to the 14th century, though the site also contains carved stones from the 13th century.