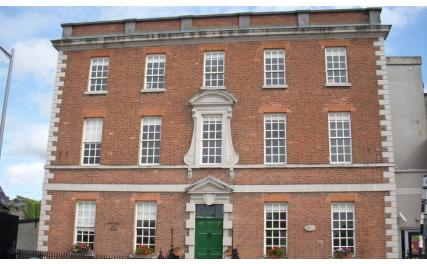 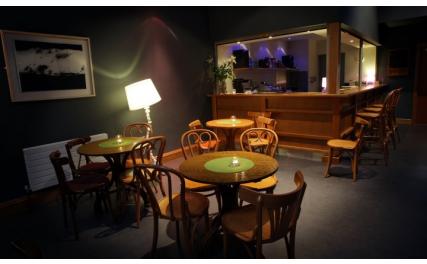 Droichead Arts Centre is a small, independently run Arts Centre situated in the centre of Drogheda. The organisation is more than 20 years in existence. It was originally opened in Scholes Lanes, in 1989 and moved to its current site, The Municipal Centre, Stockwell Street in 1994.

It comprises two premises including a modern threatre hosting 169 seats, a gallery and bar/café on Stockwell Street and an 18th century Palladian style pavilion townhouse called Barlow House on West Street. The centre continues to offer an extensive range of arts activity including theatre, music, art house film, visual arts, literature and festivals. Its bright gallery has presented over 550 exhibitions to date.

Barlow House was designed by Richard Cassels or Francis Bindon in 1734 and owned by the merchant Barlow family. The building is home to a number of creative enterprises including Calipo Theatre and Picture Company, Upstate Theatre Project & Verba Editing. It also hosts rehearsal rooms, meeting rooms, an editing suite and artist studios. Exhibited on the walls is Droichead’s own collection of contemporary Irish art with a regional focus as well as work from national collections.

Droichead is an active producer of festivals and professional theatre, annually presenting Leanbh Arts Festival for Children and Drogheda Traditional Music Weekend. In theatre, it has produced three critically acclaimed plays with Nomad Theatre Network, a production network formed to bring quality theatre to the region.