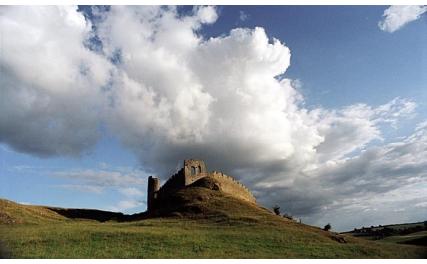 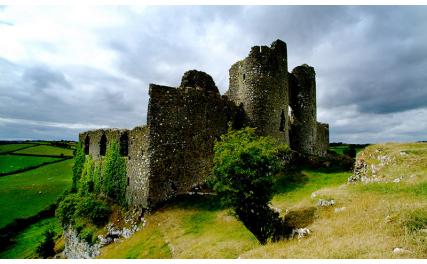 Castle Roche is one of the most striking Anglo-Norman castles in Ireland and can be viewed for miles around. Located on a rocky hilltop, it commands wonderful views of the surrounding countryside. The site of the castle marked the boundary between the Gaelic province of Ulster and the Anglo-Norman 'Pale' and overlooked an ancient route into what is now south Armagh.

The castle itself comprised a great hall, which may have been up to three storeys high.

Access: You can walk to it through farm gates (please keep closed). Land is rough and rocky and very steep to the west. The site is signposted locally, 7km northwest of Dundalk, Dungooley Road out of Forkhill.

The Castle is believed to have been built in 1236 by Lady Rohesia de Verdun after the death of her husband. The story goes that she promised her hand in marriage to the architect who would build her a castle at Roche.  When he went to claim her hand, she had him thrown from one of the windows, which to this day is known as the 'murder window'.