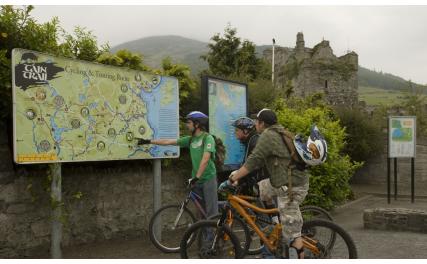 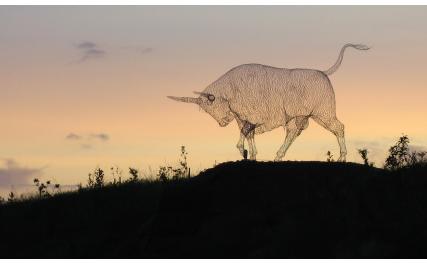 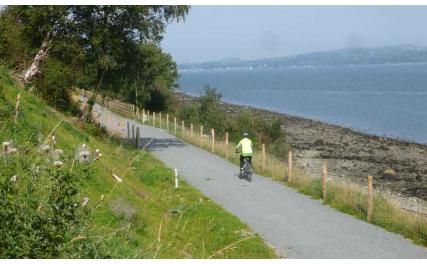 At 365 miles in length The Táin Trail is a circular route which runs from Rathcroghan in Co. Roscommon, to the Cooley Peninsula in Co. Louth and back again. It is fully signposted with distinctive Brown Bull finger post signs, as well as striking pictorial maps located in key towns along the route. The modern version of the trail was initially set up in 1985-86 to ring the Cooley Peninsula in County Louth, but was then extended to encompass the complete route followed by the rampaging armies of the legendary Queen Maeve of Connaught, from Rathcroghan in County Roscommon to the Cooley penninsula in Co Louth.

The Táin Trail is the longest and most historic route in Ireland. It retraces the trail taken by Queen Maeve of Connaught and her armies in the Irish epic An Táin Bo Cuailgne, The Cattle Raid of Cooley – the most famous of Irish sagas and one of the most ancient epics of Northern Europe. The trail takes you not only to the legendery places of the Táin but through some of the most beautiful countryside in Ireland, land steeped in history and hiding a treasure trove of ancient sites and majestic scenery.