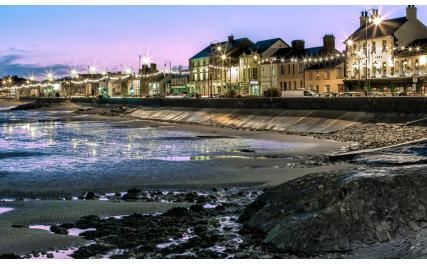 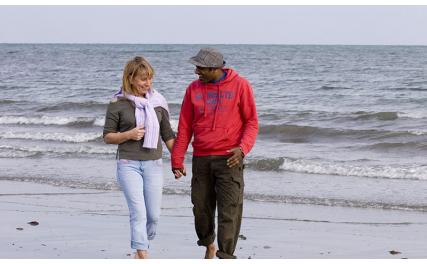 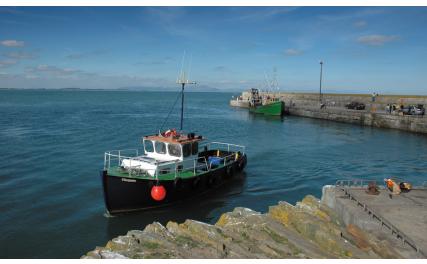 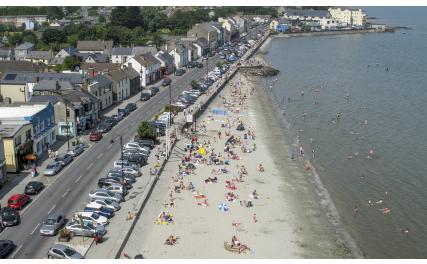 Seapoint Beach, accessed in 2 places via Termonfeckin Village and Baltray, is overlooked by 2 top class golf links, and boasts a shipwreck. Popular with locals and walkers in all weathers.  Seapoint, Termonfeckin received a Green Coast Award in 2022.  The Green Coast Award is a symbol of environmental excellence and has been established to acknowledge, promote and protect the environment of our beaches.

Clogherhead beach boasts stunning views, miles of sand, and a water adventure centre. The beach has received the International Blue Flag award for 2022, and is lifeguard patrolled during the bathing season. Lifeguard times can be on the information notice board at the beach.

Clogherhead headland is the only high, rocky headland on the east coast between the Mournes and Howth in County Dublin.  It is also of international significance for its geology as the site where the Iapetus Suture reaches Ireland's east coast.  Clogherhead is a Special Area of Conservation  and is also listed as an Area of Outstanding Natural Beauty because it supports rare, coastal heathland vegetation.  There are several informal paths over the headland between the village and Port Oriel. Grey seals are often seen in the harbour, waiting for fish waste. Black guillemots nest in special ‘burrows’ in the harbour wall.

Port beach is located a few kilometres north of the fishing village of Clogherhead. It is a popular destination in summer due to its Blue Flag status (awarded annually), wide sandy beach and dunes, stunning view of the Mournes and a wide range of flora and fauna. Lifeguards patrol this beach during bathing season (check notice board locally).

Vikings raided and plundered Ireland for much of the ninth century, eventually establishing two longphorts (term used in Ireland for a Viking ship enclosure) at Dubh Linn and Linn Duachaill. The fates of those two settlements couldn't be more different. The Dubh Linn outpost became Dublin. The ultimate fate of Linn Duachaill had been an archaeological mystery for centuries, until recently when the settlement was found 45 miles north of Dublin in the village of Annagassan. The recent evidence uncovered indicates that Linn Duchaill was a significant Viking settlement with evidence of shipbuilding, carpentry, smelting, and even an artificial island that would have been used for defence against the locals.

Today, Annagassan is a quiet seaside village with a quaint harbour and beach with stunning views across Dundalk Bay to the Cooley Peninsula.

Blacrock (Na Creaghacha Dubha)  is a popular seaside village located south east of Dundalk. The village and shoreline have many natural assets including its beach, inter-tidal mudflats, river estuary, salt marshes and coastal rock outcrops. The entire shoreline is designated as a Specially Protected Area (SPA) and a Special Area of Conservation (SAC).  The village also features a charming beachfront promenade, choice of select accommodation, restaurants, bars, cafes and Dundalk Golf Club, making it the perfect place to visit and relax. For more information go to www.visitblackrock.ie

Dundalk Bay is a large, open, shallow sea bay with extensive saltmarshes and intertidal sand/mudflats, extending some 16km from Castletown River on the Cooley Peninsula in the north to Annagassan/Salterstown in the south. The bay encompasses the mouths and estuaries of the Rivers Dee, Glyde, Fane, Castletown and Flurry. The site contains five habitats listed under the EU Habitats Directive, i.e. perennial vegetation of stony banks, tidal mudflats, salt marshes, Salicornia mudflats and estuaries.

The extensive sand flats and mud flats (over 4,000 ha) have a rich fauna of bivalves molluscs, marine worms and crustaceans and are the main food resource of the tens of thousands of waterfowl (including waders and gulls) which feed in the intertidal area of Dundalk Bay. This site is one of the most important wintering waterfowl sites in the country and one of the few which regularly supports more than 20,000 waterfowl. It supports three species in numbers of International Importance and a further 15 species in numbers of National Importance. The populations of Golden Plover, Bar-tailed Godwit, Red-throated and Great Northern Divers are of particular note as these species are listed on Annex I of the EU Birds Directive. The site is also a designated Ramsar site. The site is monitored annually as part of I-WeBS.

Gyles' Quay is a stretch of beach located approx 18 km south of Dundalk with beautiful views.  There is also a caravan park located there overlooking the area.

Templetown Beach on the Cooley Peninsula is a sandy, sheltered beach protected on each side by low level rock promontories.  The beach received the International Blue Flag award in 2022 and is lifeguarded during the bathing season (more information can be found on the notice board located at the beach).  There is a car park at the beach and toilet facilities are provided.